The primary focus of my research is the ecological immunology of arthropods. I focus on factors (biotic and abiotic) that impact defenSe strategies in invertebrates, with particular emphasis on the sources (and consequences) of variation in immunity within and among species.

Since 2009, I have made significant methodological and theoretical contributions to the study of defenSe mechanisms in insects. First, regarding methods, I adapted and developed proxies to measure investment in immunity across a number of individual taxa (Coleoptera, Dermaptera, Hymenoptera and Lepidoptera) using different methods, such as microbiology and spectrophotometry (Vogelweith et al., 2011; V 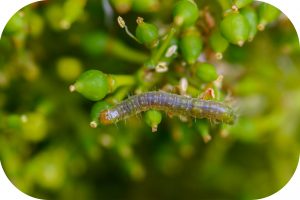 ogelweith et al., 2013b). I also developed methods and tools to measure insect investment in behavioral defenSes (e.g. the measurement of the silk life-line spun and the twisting behaviour insects engage in to escape a predator) as well as morphological defenses (e.g. design and realisation of a penetrometer to measure the pressure needed to perforate the cuticle) (Vogelweith et al., 2014). Finally, I am currently working on a genomic method using transcriptomic analyses to better understand the molecular mechanisms underlying immune regulation and immune gene expression.

In terms of theoretical contributions, my work elucidates some underlying mechanisms of arthropod defenses (Vogelweith et al., 2011) by investigating, for instance, the interaction between immunity, fertility, and gut microbiota diversity in ants (Negroni et al. submitted). We showed that an immune challenge leads to strong changes in the expression of genes involved in fertility, and lead to a drastic decrease in the diversity of gut microbiota. In addition to elucidating such mechanisms, I was also able to integrate my research into a wider framework in order to better understand several ecological and evolutionary processes. For example, my work on arthropod defenses has benefited and informed other areas of research such as the regulation and resistance of arthropod populations, and the evolution of sociality in insects. Indeed, I studied the effects of biotic, abiotic and anthropic factors (e.g. crop management) on the ecology and evolution of defenses, and the resistance of arthropod populations using different tri- 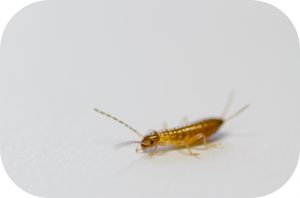 In terms of applied contributions, my research on defense strategies and their importance in population regulation provides crucial knowledge to improve pest management and biological control (Thiéry et al., 2018). It also provides practical advice, such as which natural enemies should be favored in vineyards and which grape cultivar is the least attacked by pest, all explained in technical reports (Vogelweith et al., 2013c; Vogelweith et al., 2013d; Vogelweith et al., 2015b). Indeed, understanding the weakness in a pest’s defenses can help to control it. This work is currently used by governmental (e.g. INRA) and non-governmental scientists (e.g. CABI) as well as other agricultural bodies (e.g. French Chamber of Agriculture, organic winegrowers). 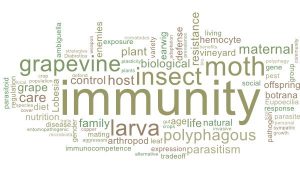 Working at this intersection of multiple fields (behavioral, morphological, physiological, and molecular approaches) has allowed me to develop a global view of arthropod defenses. In practice, this multi-disciplinary perspective allowed me to pose questions and approach challenges from numerous angles, and it forms the basis of the novel research proposed here.

2015 – 2017. Importance of defense strategies in the evolution of sociality in insects
Funding: Alexander von Humboldt fellowship for postdoctoral researchers

2010 – 2013. Host plant effect on pest immunity: influence of grapevine on ability of European grapevine moth to defend against bio-aggressors
Funding: Doctoral fellowship from the French Ministry of Education and Research

2016 – present. Effects of global warming on a major grapevine pest and its consequences for trophic interactions
PhD of Corentin Iltis, University of Burgundy, Dijon, France